SCARED OF BUGS, BE GLAD WE LIVE IN MODERN TIMES!

Picture IPM.net.
Not everybody is tolerant of bugs!
Some are quite pretty, small cute and interesting.
Others are rather nasty, intimidating and unwelcome.
But what about the nasties and the huge bugs and ancient times?.
Insects have existed from 400 million years ago.
If you lived in prehistoric times you might just have encountered giant bugs, and rather ugly with it.
We all love dragonflies, but the prehistoric Dragonfly was the LARGEST of all giant bug. It had a wingspan of 28 inches, and from head to tail measured 17 inches. It lived 298 million years ago and believed to have lived off small frogs and other smalller bugs.
giant dragonfly picture Archives.jpg
PIcture by Archives.net
And if you encountered a giant cockroach?
The ancestor of our modern cockroach lived 94 million years ago. it had long legs to ambush and hold on to its prey.
They believe it to be one of the most ferocious hunters.
![giant cockroach picture Peter Vrsansky,.jpg]
(https://images2.weku.io/DQmem6iR9PsqcV7PD2kvRunSoMnvzV2fxp19YcxNU5o8nhF/giant%20cockroach%20%20picture%20Peter%20Vrsansky,.jpg)

P1cture Peter Vrsansky
At best of times millipedes are creepy, both in ancient times there were Giant millipedes, and their size ranged from one foot to eight feet long.

Picture Pinterest.
If I had lived at that time I would run if I saw a supersized Scorpion coming my way.
This is an eight-foot-long sea scorpion and a cannibal.

There is the Giant crab 2 feet in length, it was the largest species of trilobite yet known. It resembled a large horseshoe, with a thick armoured shell, multiple body segments, and compound eyes, and it survived for 3000 million years.

.
Picture Harry Hausens Creatures on Wiki
The largest Marine predator was the Cameroceras and could reach 9 meters in length. It was almost blind a lazy drifter and waited to ambush its prey.

Giant Clam needs to be recognized, as it had a length of ten feet.
We only have a few large bugs today, and nothing as huge or scary.
I will name a few.
Goliath beetle 4.3 inches
Giant Water Bug 4.7 inches
Elephant beetle, 5.1 inches and quite a number of other beetles...but nothing like the ancient bugs.
Then there are spiders, moths and the largest insect on earth the Stick Insect.

community-deals weku life nature zealpro family
10 months ago by ouma-izi78
W$142.26
Reply 15
Authors get paid when people like you upvote their post.If you enjoyed what you read here, create your account today and start earning FREE WEKU!
Sort Order:  trending
[-]
hananali71  ·  10 months ago

The earth has changed a lot down 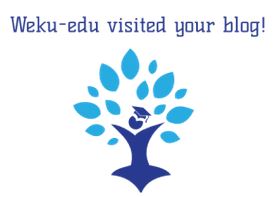 Wowow...amazing amazing photography...i like all photography...and i support your all post all time...my dear lovely friend @ouma-izi

Jeez this is amazing and scary all in one

Can you imagine?!?!?
In the movie Kong it gives us an idea of just how creepy and wild the insect world is....a lot scarier than the world were in now :)

Things that horror movies are made of!

O my this is so interesting but so scary

It is thank you!

Hi, just let you know you're honorable mentioned in my moderator report Catwomanteresa Digest#109.
Please drop by to check out all the rest of today's great posts.

Thank you very much!

thank you for interesting article

Very interesting information. Thanks for the education :)

Images that do not belong to you should be sourced in your post. This means that you should add a link to show where you got the image.
If you forget to add the source, please add this to your post. If you don't understand what plagiarism is, please read this post
We are happy to educate you about plagiarism. If you need help, please contact us at the discord: https://discord.gg/2VMg2vg