The eternal struggle of a man with no father in his life.

2 years ago
raymondspeaks45 in introduction 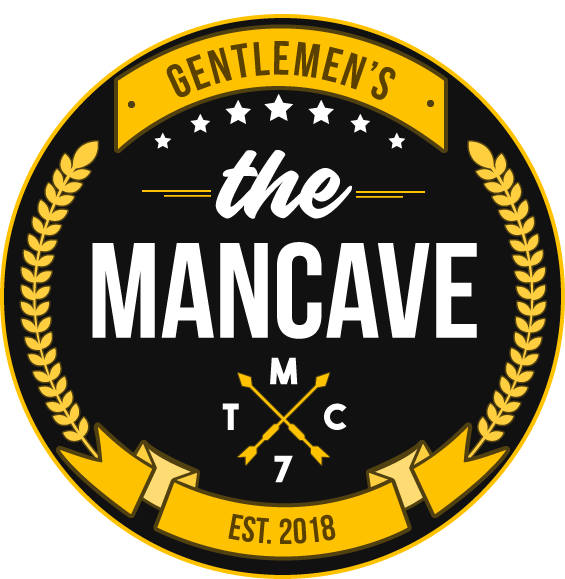 Hi there. I'm Raymondspeaks. You can find me on Steemit under the same username. I'm the founder and owner of the Man Cave. This post is part of the Bro-basics series we have coming out, aimed at men who grew up with no father on the scene and didn't have the guidance in life that others did. I didn't have a Dad on the scene, and those that were along for the ride didn't seem too interested in raising me as one of their own. I had to make my own way. This series is to help young lands that need to find their own way, like I did, and many others that I've known throughout their lives.

It's difficult being raised without a father. Even worse if there's none on the scene. For those of you lucky enough to have a Mum that took it upon herself to burp and fart, play sports, and fix things with you I salute her -- but for most of us this wasn't the case. I was raised by a very feminine woman that solidified what she wanted in a man into me; and for the men that are aware (as I became much later) we will know that a woman tells you that she wants one thing, but will need another.

For me, I was the world's best white knight. I'd dash in on my trusty steed and save my pretty damsel from her mean and nasty boyfriend, and tell her that he wasn't worth being with. Of course, because I assumed that I was a better pick of the bunch to be matched with her.

I wouldn't shout at you

I wouldn't be mean to you

On an honest note I'll tell you that it came to me why I was the worlds best white knight whilst I was writing this out. There's no doubt about it, my Dad was a mean old bastard and in my mind my Mum always needed saving from him. Perhaps as I was growing up I always felt the need to compete with him also as he showed me no love; only my mother did. I expect this to be the case.

You'll find this is true to life though, everyone chooses their partners on unfinished business they have still blackening their heart from childhood. We all have those paradigms until we fully recognise them, and understand them as unhealthy.

So my early adulthood was spent latching onto emotionally available women and purposely demonising their boyfriends for my own gain, whilst letting it remain secret that I wanted whoever I was attached to at the time for myself. It sounds really manipulative, doesn't it? That I would talk shit behind others backs whilst harbouring a few secrets of my own.

I would always get angry too. Angry that whenever I'd take the plunge at probably the most inappropriate time and ask someone on a date she wasn't ready to date, yet in three days afterwards she'd have met someone new. I hated that, yet I would push that anger further down into my stomach alongside the cesspit of despair and remain smiley and happy, and oblivious to the fact that I was making a fool out of the woman I was supposed to be friends with, and myself.

It began to grow tiresome and tedious. It was like I didn't like myself, or anyone else for that matter. I mean I thought I liked myself; if you had asked me that question I'd have told you that of course I liked myself, but I really didn't. People that enjoy their own company don't say yes to things from people they don't like. People that like themselves don't take a mental account of favours people owe you, people that like themselves understand that everyone has their flaws; in my mind I thought I was perfect and there was no room for mistakes, which is why I crucified myself if I made one.

Growing up with trauma isn't easy.

It all started to get better in the summer of 2006. I had just lost my job as a cook and a dishwasher at Sizewell A Power Station. The higher ranked staff weren't very nice and were taking their frustration out on us, and as a result I plunged deeper into the bottle and ended up taking days off all the time. And there was me, sitting in the darkness, with a half empty bottle of Vodka wondering what the hell I would do next.

There was always a burning passion inside of me to do great things. I always wanted to be a leader, an artist, an entrepreneur; yet I had no-one to show me how, no-one to lead the way. The only people I knew were alcoholic people and tradesmen. I was always a white-collar worker at heart; someone that works in an office and creates/moves things. If I had someone in my life to show me the way, but no, the minuscule amount of time Dad was in my life he always wanted me to follow in his footsteps; engineering. Nah, I'm not a hands on person.

Luckily I was snagged by a really pro-active person that encouraged me to go to a "work-rehabilitation" centre that had dealt with hundreds of people like me in the past; fatherless boys, had lost their way, taken to drugs, etc.

I don't want to bore you with the details but as I sit here I haven't looked back since. I've been sober since 2006, I've won awards; national awards, as we speak I run two popularly growing Projects and I am a recognised speaker on many platforms. I started off my journey as a teacher; I realised I didn't enjoy that, so I went into content creation and crypto-entrepreneurship. We're now trialling the first ever crypto-social project for men. It's exciting times.

Stick with Bro-basics. We know what we're talking about and we hope to bring you some of the best insights and tips we can offer.

community-deals introduction life cryptocurrency love
2 years ago by raymondspeaks45
W$2.21
Reply 4
Authors get paid when people like you upvote their post.If you enjoyed what you read here, create your account today and start earning FREE WEKU!
Sort Order:  trending
[-]
mattifer62  ·  2 years ago

That's quite the story you've got there. It's always interesting to reflect once we've figured out what our motivating forces were. It's so much harder to that in the present tense though. Keep up the good work fellow member of #steemitbloggers!