7 months ago
surpassinggoogle77 in teardrops

Before reading on, kindly pay attention to the following ulog-quotes by @surpassinggoogle:

In general, 'tears is connected to sadness' but what if we adjusted that narrative and began to 'equate tears to breakthrough'; what if 'tears' was the by-product of 'mining the human' towards its awesomest version; what if tears was simply what it is, 'an emblem of human'? Then, tears can equally become something to celebrate.

**Jehovah keeps every and each of our tears in a skin bottle.**

But how do we measure 'proof the tears'?

En-route 'mining the human' towards its awesomest version, there is bound to be many tears, whether happy, sad or un-fell tears. @surpassinggoogle.

At the outset, we bore forth '#teardrops' on the steem blockchain, a popular hashtag whereupon, we drew unadulterated feedback from 'the steem community' as we began to evolve the model for 'proof of tears'.

Before then, we had played out a tag called '#untalented' and more recently, a tag called '#ulog', each of which incites humans to 'mine their human'; and in the midst of all these lowly-looking endeavors, we found arts like this: 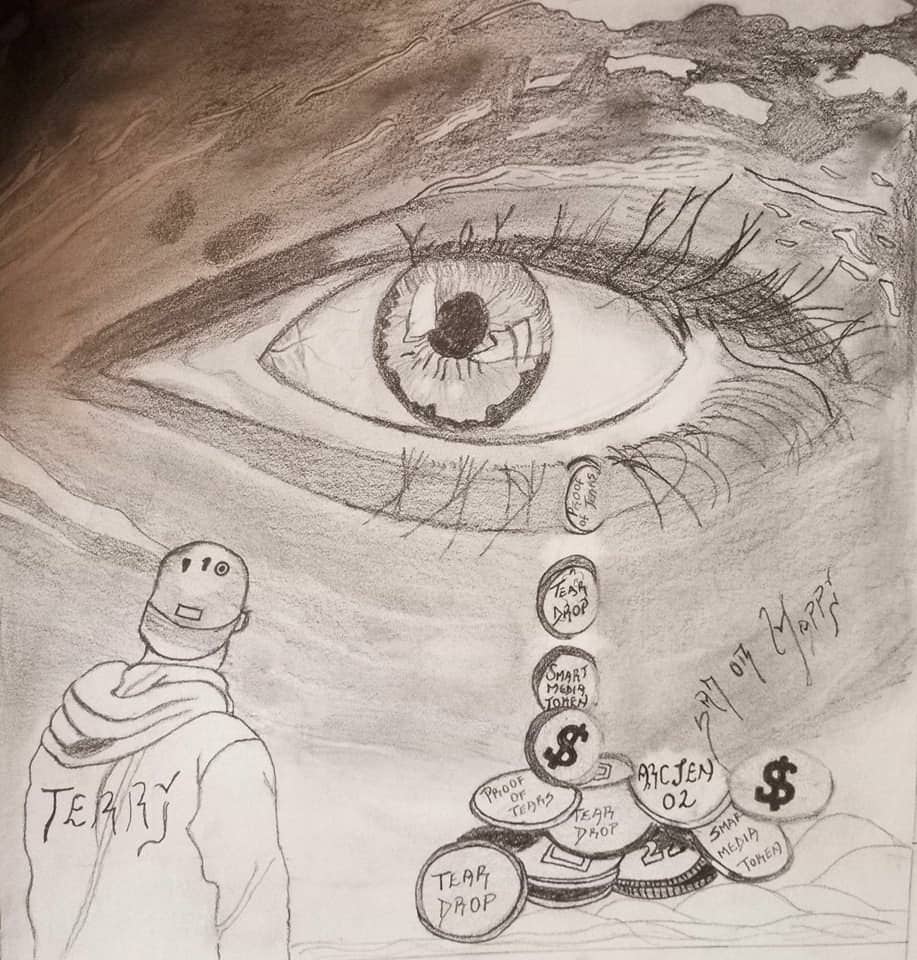 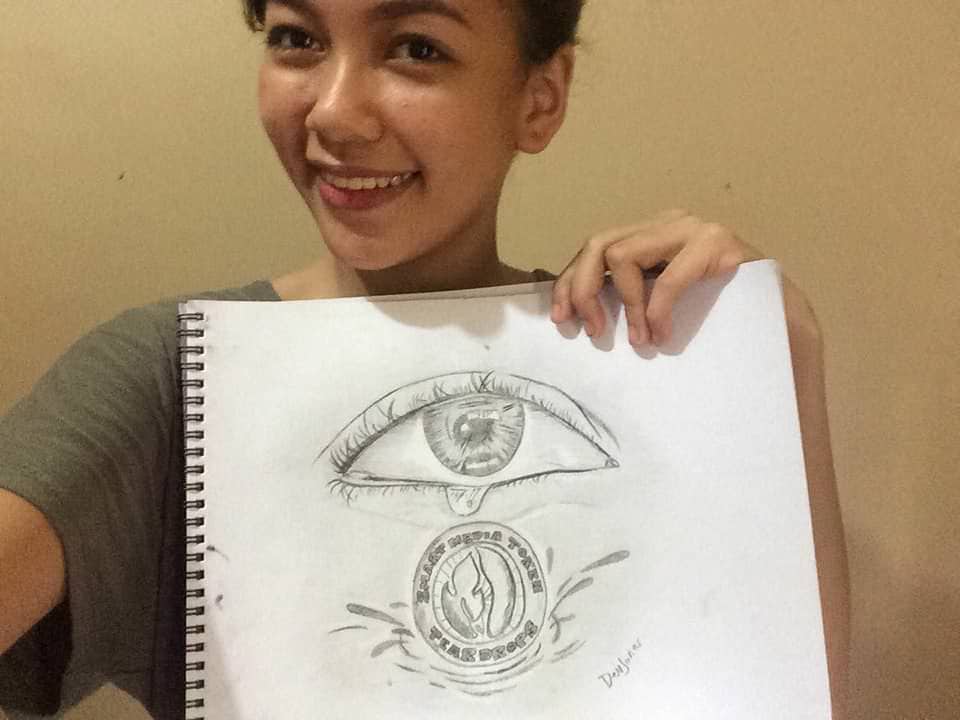 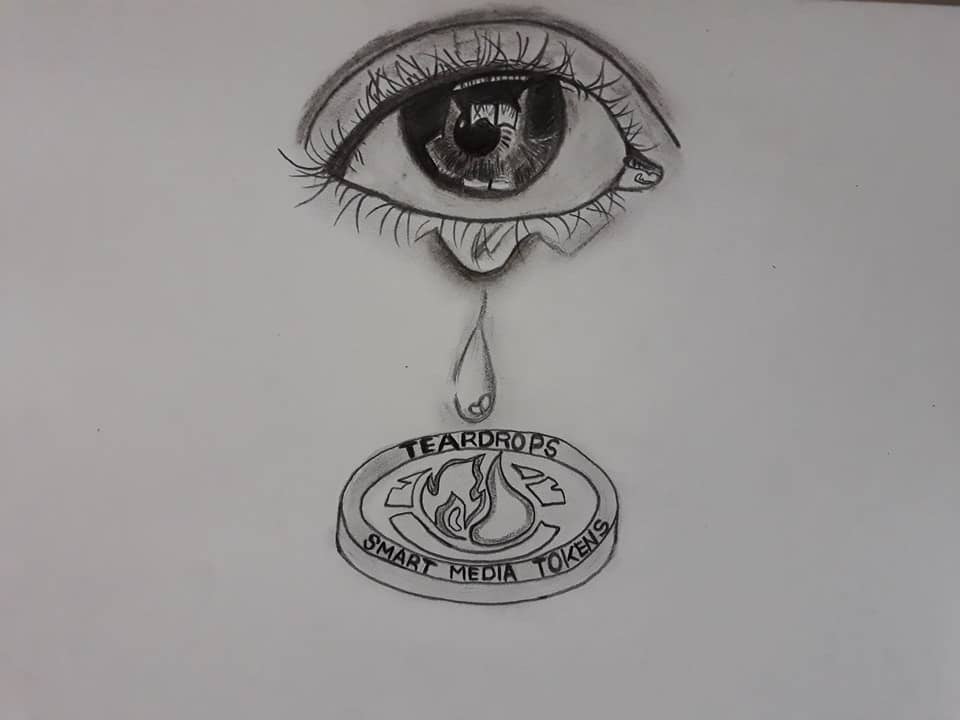 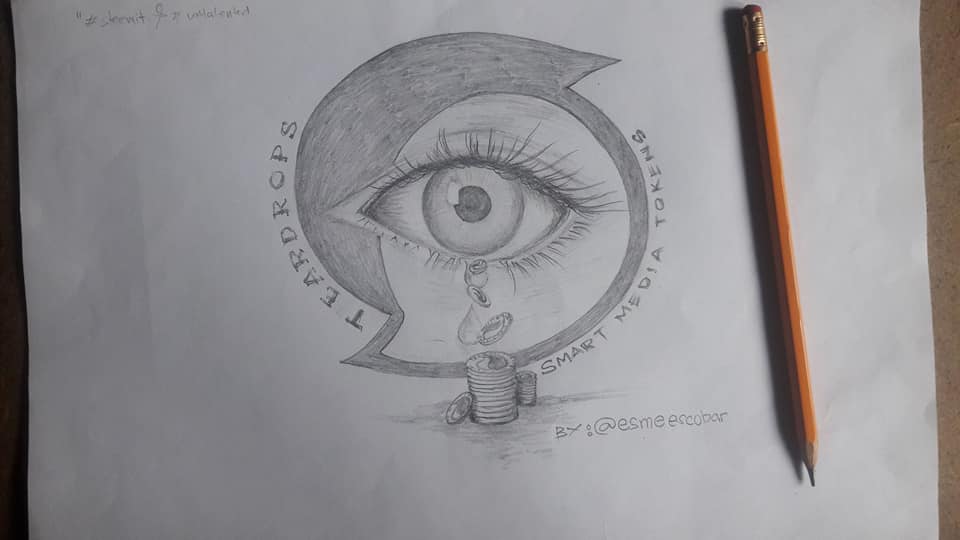 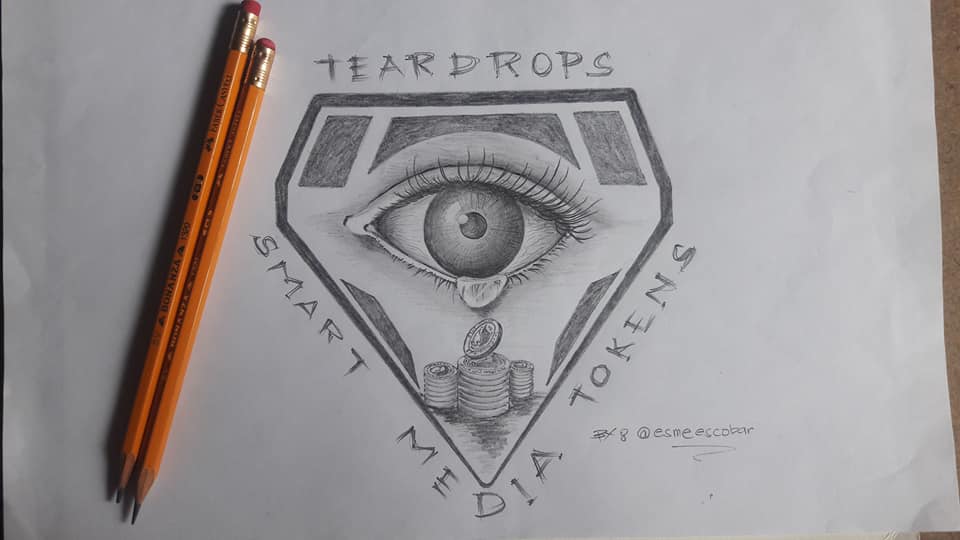 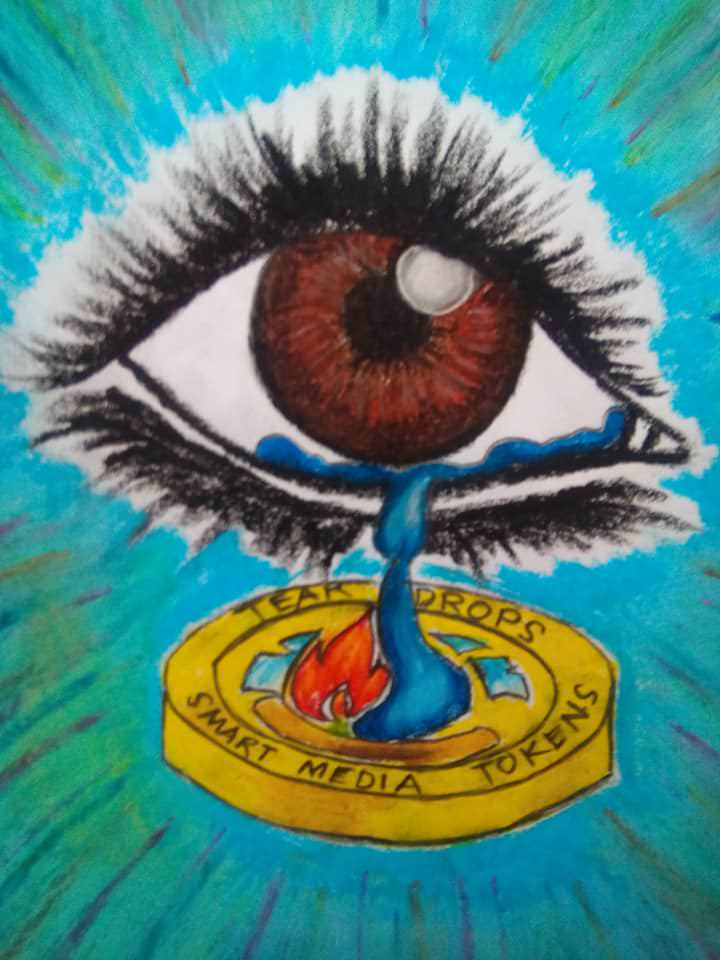 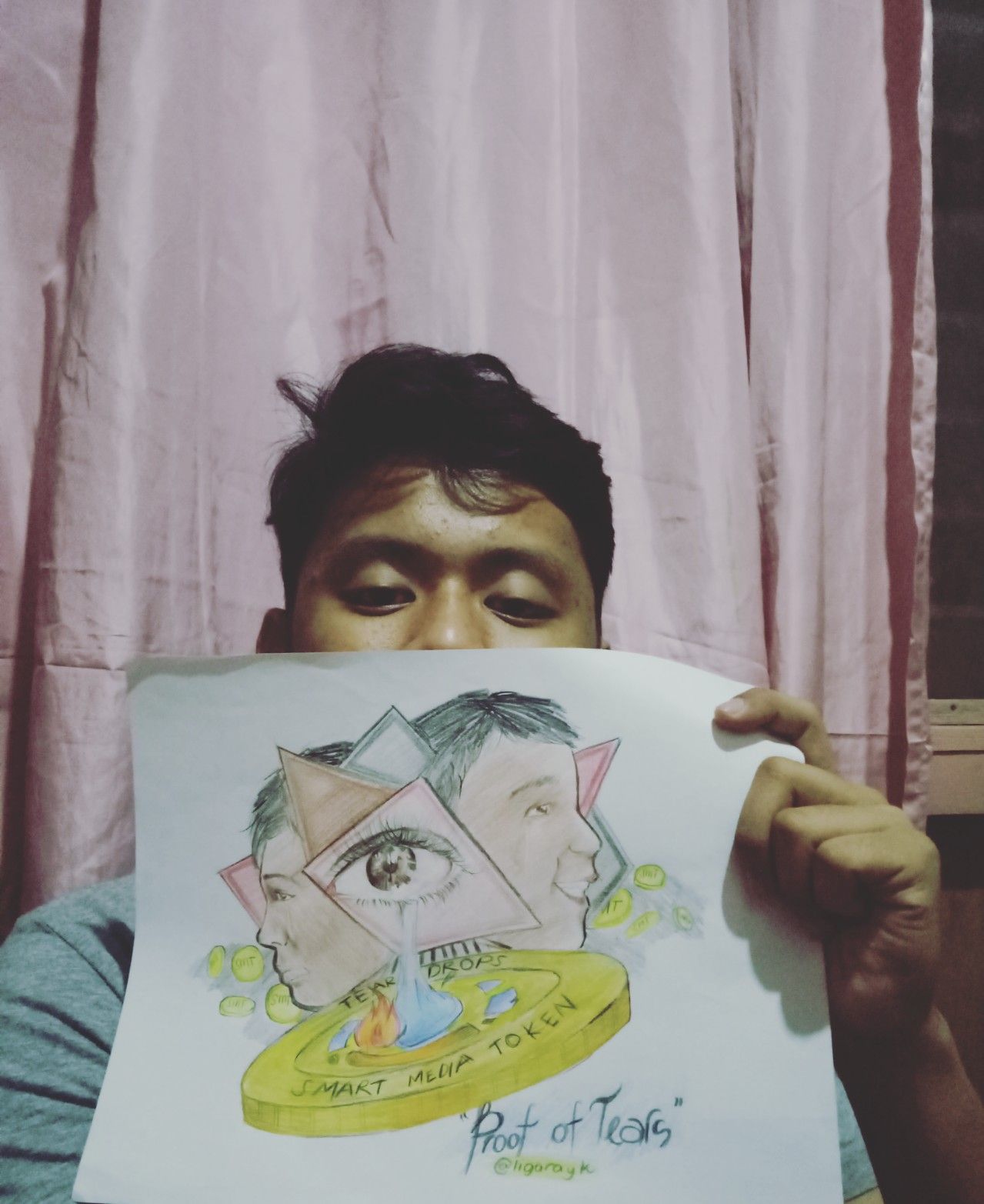 Besides all 'the lights & shine' seen above, historical history began, when a 'still imaginary teardrops token' started 'hitting the exchanges' as humans began to love it and pass it to one another via comments (interaction):

Then, someone drew out the entire dream without even knowing it:

It became all-the-more established...; the world has simply needed 'balance'. Lights need to get right 'inside tunnels' too, so that no longer does anyone have to wait 'till the end of the tunnel'; and where there is suffering, 'suffering must now have essence'.

It was the human's 'shine' that was missing all along, pummeled into relegation and even 'into redundancy' due to circumstances; but also, due to the narratives and curriculum(s) renown by world standard, that are modeled to favor 'mining' things like 'the brain', talent, luxury, fiction, beauty etc. Where we begin to write curriculum(s) focused on 'mining human virtues' in conjunction with the existing curriculum(s), 'a balance' is struck!

Attempting to cater to a niche uncatered to by the world itself, we went on to creating an entire ecosystem called the 'Teardrops SMT', one that'll dynamically emanate down-to-earth innovation(s), each modeled to play out a curriculum that incites humans to 'mine their human'.

As a result, these three social network platforms where born:

We then sought after a digital-currency that should succeed, whether 'bulls or bears' (because 'humans' are involved); a coin that can appeal to the soft-spot of every human and we found 'TEARDROPS'.

Via the three social platforms aforementioned, we can celebrate resulting 'breakthrough in human' with an 'emblem of human' & 'breakthrough' token called, 'TEARDROPS'.

If we remove all barriers to entry from everything good, so that everything good becomes for every(any)one; 'we surpass google'; and the 'Teardrops SMT ecosystem' is taking this testimonial harder route, erupting 'beautiful disruption'.

Speaking of tears, did you know that there are also many other 'breeds of tears, besides happy, sad or un-fell? Once these particular tears are unveiled, we will seek to reward those too.

For blockchain tech itself to attain the ranks of 'great' and not fade like techs before it, we must 'remove all barriers to entry'. While the geeks take the route of complex outer-space innovation, there must be another taking the simplest circumvented 'down-to-earth' route. This is essential for 'balance' sake.

The issues with the world has never been poverty. "No full-blown human created in Jehovah's image is truly capable of exhibiting poverty". This means that the solution isn't necessarily 'reward distribution'. Many times, it is the shine of the human that is lost; never tapped or simply 'lost'. TEARDROPS seeks to restore that 'shine', abating the rarity in the 'great men' industry.

community-deals teardrops life weku
7 months ago by surpassinggoogle77
W$95.72
Reply 0
Authors get paid when people like you upvote their post.If you enjoyed what you read here, create your account today and start earning FREE WEKU!